Are Magicians Demonic? Magic and Christianity 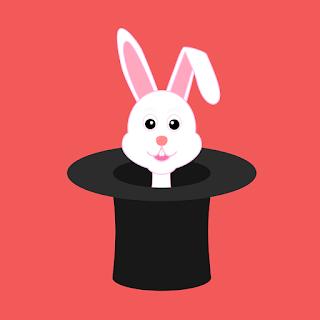 The other day I watched a video where Justin Flom, a well-known magician and believer in Jesus Christ, was responding to critics alleging that he was using demonic power to perform his magic tricks and illusions. (The video is titled “I am not a demon!” You can watch it here). At first, I thought this must be the case of a few off-the-wall critics. I was mistaken. Digging a little further, I found numerous websites, blog posts, and a bunch of YouTube videos – many with a staggering number of views – arguing quite strongly that magicians (including Christian magicians like Flom) were either intentionally or inadvertently consorting with demons to pull off their feats of trickery and illusion.

It should (sadly) come as no surprise that, just as many Christians brand all fantasy literature and entertainment as demonic, they do the same with performers who entertain with magic tricks. Yes, many Christians believe that when a magician performs at a children’s birthday party, he or she is channeling demonic spirits. It’s sad that I have to write an article addressing this, but I do.

Christians sometimes believe crazy things. Stupid things. This is unfortunate because Christians should be among the most sober-minded, thoughtful, and intellectually robust people on the planet. Yet I’ve found that too many Christians rely on emotion, personal experience, preferences, or “my pastor said…” when it comes to formulating their beliefs.

Don’t get me wrong. I’m not dismissing Satan and demons as fiction. I believe in God, Jesus, the angels, Satan, demons, heaven, hell, the Bible, and all that. I’m also not totally discounting personal experience, nor am I saying we shouldn’t listen to our pastors. (After all, I myself am a pastor. And what kind of a pastor would I be if said that?). But the Apostle Paul says that we are to “test all things” and “hold fast” to what is “good” (I Thessalonians 5:21). We aren’t supposed to just turn off our brains, “drink the Kool-Aid” (so to speak), and then parrot whatever we hear in church or from other Christians. We are to think, to study, to investigate. This article is written in that spirit.

Of course, if you're reading this blog and you don’t believe in God, you’re going to find this discussion foolish. Feel free to skip. But if you believe in God and have a healthy respect for the Bible, I hope this will be of some help to you.

Let’s acknowledge that over the course of human history, many practitioners of "magic" have indeed consorted with dark forces - or tried to. Some have worshiped pagan gods. This was certainly the case with Pharaoh’s magicians as recorded in the book of Exodus. Some, over the years, have dabbled with or immersed themselves in the occult or in Satanism outright. This is even the case in our time.

One of today’s magicians (who I won’t name) openly boasts of engaging in satanic rituals and communicating with demons. When I saw the video on YouTube, I thought it was a joke. Nope. It was no joke. This guy really is a Satanist and calls himself a practitioner of “black magic.” Other magicians, while not outright Satanists, are very much into tarot card readings, spirit guides, and all kinds of other deeply troublesome practices and beliefs. As but one example, an America’s Got Talent contestant from a few seasons back spoke openly about his spirit guide named Desmond. Spirit guides are a fairly common element in New Age practice.

The Bible is clear that those of us who follow God should stay away from spirit guides, mediums, sorcery, the occult, demons, etc. That’s what the Mosaic Law forbids (Deuteronomy 18:10-13) and what Peter condemned when he confronted Simon the sorcerer in Samaria (Acts 8:14-25). It stands to reason then that any magician who associates himself or herself with (or endorses, in any way) these things (spirit guides, mediums, occult practices, etc) should be avoided. I’m 100% in agreement with Christians who say we should avoid those kinds of magicians. However…

The vast majority of entertainment magicians today are NOT actual sorcerers.

It pains that I actually had to write that sentence, but it’s worth repeating. The overwhelming majority of magicians today are not sorcerers. They are simply entertainers. There are indeed some entertainers we’re better off avoiding, while others are very worthwhile. But to assume all or most magicians today are either secret agents of or dupes of Satan is grossly unfair and utterly ridiculous.

There’s nothing sinister or supernatural going on when the vast majority of magicians work their magic tricks. Their tricks and illusions, while impressive and often mind-boggling, are a combination of craftiness of design, misdirection, and technology. To argue that such a magician is a sorcerer is like saying Henry Cavill is really Superman.

If anyone doubts me, I challenge you to do just a little digging for yourself. There are countless books on magic available to read, many magic tricks for sale all over the Internet (including eBay), and numerous videos on YouTube that reveal the secrets behind some of the most popular illusions and magic tricks. Check it out yourself. Anyone with the ability to think (at all) will quickly surmise from all those books, videos, and tricks for sale that magic today is, for the most part, harmless entertainment.

Not only are most magicians harmless entertainers, but many of them are openly Christian. Justin Flom and his colleagues in the Fellowship of Christian Magicians (yes, there’s an organization for Christian magicians) regularly use their magic skills to spread the Gospel of Jesus Christ.

Yes, we should be careful when it comes to the world of entertainment (whether we’re talking about magic shows or fantasy literature). But let’s not become a knee-jerk critic either. Don’t assume the worst about people or find yourself believing a demon lurks behind everything you don’t understand or which you find disconcerting. Instead…

Be informed. Be rational. Be discerning.

How sad that so many Christians today, rather than appreciate the work of Christian magicians like Flom, instead condemn them as demonic charlatans. In so doing, they tear down their own, divide the Christian community, and make Christians everywhere look foolish. We’re better than that. Let’s act like it.

“Christianity and Fantasy: Is it Wrong to Read Fantasy Literature?”
Posted by Brian Tubbs at 2:00 PM