Christianity and Fantasy: Is it Wrong to Read Fantasy Literature? 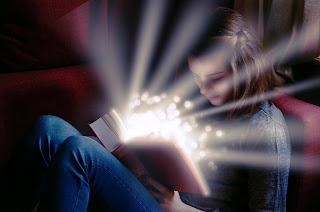 I have a confession: I’m a Christian, and I love fantasy and science fiction.

There, I’m out of the closet. So, let me say it plain: I love reading about dragons, monsters, wizards, Jedi, sword fights, epic battles, and more. That’s right. I’m a Bible-believing Christian (and a pastor, no less), and I love reading (and watching) science fiction and fantasy.

Some Christians will not approve of this, and they will see me as caving in to "worldly entertainment" and/or being seduced by "worldly pleasures" bolstered by paranormal influences. Since I take my faith seriously and genuinely respect many of those who will likely feel this way, I want to take some time to politely address their objections.

Since not all of my readers share my Christian faith, I feel I must offer an aside here (as I have in a few of my other blog posts). If you don’t believe in God or the Bible, you’re going to find this article ludicrous. This is written for my fellow Christian readers, particularly those who struggle with balancing the demands of their faith with their interest in entertainment. If that is you, keep reading. But if you do not share my Christian faith, you may wish to skip this and move on.

So ... why do so many Christians object to science fiction and fantasy entertainment?

The Bible says we are to avoid contact with “mediums” and “necromancers” (Leviticus 19:31) and that “sorcerers” will ultimately be sent to the “lake that burns with fire and sulfur” for all eternity (Revelation 21:8). And the Bible also tells us to “avoid the appearance of evil” (I Thessalonians 5:22). These are among the passages most often cited by Christians who object to fantasy entertainment in particular -- and in some cases, science fiction as well.

But are these passages referring to even fictional depictions of sorcery and magic?

In other words, does Leviticus 19:31 and/or Revelation 21:8 mean we shouldn’t watch Star Wars or I Dream of Jeannie?

The Bible forbids participation in actual necromancy and sorcery, because their source of power is satanic. Keep in mind that, in the real world, supernatural power – that is, power outside of and apart from the natural realm we inhabit – comes from a supernatural source. Common sense, right? Well, according to the Bible, there are only two supernatural forces at work: God (and His angels) or Satan (and his demons). That’s it. Only two sources.

Those who follow God are told to love, follow, and obey Him — and to have nothing to do with God’s Enemy. If you play on God’s team, you are to have no contact with the other team. According to the Bible, if anyone performs supernatural feats or miracles, either that person is doing so because of God’s power OR they are channeling demonic power.

That’s how things are in reality. And that’s why we are to not have anything to do with witches or those who claim to speak to the dead. But…

That’s in the real world.

But what about in the world of make-believe?

As a kid, I was captivated by Star Wars, practically addicted to Star Trek, and thoroughly enjoyed watching Buck Rogers and the 25th Century. I wrestled with whether I’d prefer to command a starship like Captain James T. Kirk or wield a light saber and dazzle people with the psychokinetic powers of a Jedi. I decided I’d like to do both!

Not seriously, mind you. I can see some Christians who will read the above paragraph and say: “Aha! You see? Watching Star Wars leads people to witchcraft!” So, let me clarify...

I never actually sought out telekinetic powers or abilities. I knew “the Force” was fiction, and I knew witchcraft was wrong. I speak only of my imagination here. I enjoyed reading about and dreaming about being a Jedi…or a starship captain. (No supernatural powers required with the latter – just a lot of science that’s not quite available yet. Of course, a few aliens that the Enterprise encountered had some impressive abilities, but I digress).

Even as an adult, I continue to enjoy Star Wars and Star Trek, while also becoming a huge fan of Stargate SG-1, Stargate Atlantis, The Lord of the Rings, The Chronicles of Narnia movies, Legend of the Seeker, and more. And though my time is limited, I've enjoyed (over the years) playing video and computer games in the genre as well - my favorites being Star Wars Galaxies (sadly defunct), Star Wars: Knights of the Old Republic, and Skyrim. (Yes, I've even dabbled a bit with World of Warcraft). 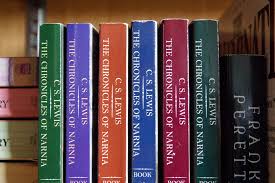 And in recent years, I've expanded more into reading. I enjoy historical fiction (including military history and westerns), science fiction, and fantasy. I’ve enjoyed John Flanagan’s Ranger’s Apprentice series, William R. Forstchen’s Lost Regiment series, alternate history novels (including the Civil War series by Newt Gingrich and William R. Forstchen), several of Raymond Feist’s fantasy novels, and just about every book written by James Byron Huggins! His monster thrillers are crazy fun! I also enjoy Frank Peretti. And I really enjoy the emerging gamelit or litrpg genre. ("Gamelit" stands for game literature and "litrpg" stands for literature role-playing game). I believe that reading is far better for the mind than TV or the movies. And I now much prefer reading a novel over watching a TV show.

Here’s the thing. Many Christians would say I shouldn’t read any of those books. Anything that involves magic, time travel, supernatural powers, etc. – they would say “Avoid it.” I can hear them now: "It’s sin ... it’s witchcraft ... it's evil ... it’s bad ... the Bible says so. So.... stay away. Flee the appearance of evil."

But, again, is there no meaningful distinction between reality and the world of make-believe?

I recognize that some people have a difficult time appreciating that difference. I know, for example, that book sales on the occult and witchcraft increased as a result of the Harry Potter phenomenon. And I therefore "get" the sensitivity that many Christians have when it comes to how impressionable people (especially kids and teenagers) react to fictional depictions of wizardry and magic. I get it.

But ... whatever happened to personal and parental responsibility? Don't we have a responsibility for mature thinking and discernment? And if we're parents, aren't we responsible to teach and guide our children accordingly?

I remember reading years ago about kids who jumped off buildings trying to fly like Superman. It's horrific, but does that mean we ban superhero movies?

There's another theme in this debate as well, I believe. I’ve met many Christians over the years who see God as stern, always serious, and so demanding of His followers that they (consciously or unconsciously) see Him as wanting to wring every bit of fun and enjoyment out of our lives. Writing for Relevant magazine, Adam and Christine Jeske humorously sum up this unfortunate mindset pretty well: “Go ahead and circle the wagons. Keep your head down. Suck it up, people. Let’s prepare for imminent martyrdom. Put on sackcloth. Sit in ashes. Skip all pleasures. Grit your teeth. Furrow your brow. Let’s hunker down and get seriously disciplish.”

Along those lines, both the church I grew up in and the Christian school I attended repeatedly condemned “worldly entertainment.” We were told not to go to the movies and encouraged not to watch TV. One of my Sunday school teachers bragged about taking his TV out and shooting it! (I grew up in a rural area).

It’s true that God wants us to love Him above all else. It’s true that He wants us to willingly sacrifice for Him, and to be distinct, in many ways, from the culture around us. We are to love, obey, and follow Him. We are to live for Him. And in so doing, we will be called upon to make sacrifices, and some have sacrificed their very lives to Him. We are to be distinct from the culture around us. As the old saying goes: We are to be “in the world, but not of the world.” Nevertheless…


God is NOT against fun!

On the contrary, God is the One who created fun. Get that. Meditate on it. Let it sink in.

God is not against us having fun. In fact, He’s all for our having fun. That’s an important point to make. And to understand.

So…what about entertainment? God may want us to have fun, but does that mean He endorses all our entertainment choices?

But let’s not go to the other extreme either and assume (or suspect), either consciously or unconsciously, that He is against all fun outside of prayer, Bible study, hymn singing, church attendance, or pot-luck church fellowships!

The Apostle Paul’s references to ancient athletics should tell us that both he and his audience were familiar with the athletic events to which he referred. Are we to suppose that he and his audience were only academically or tangentially aware? That’s quite unlikely. It’s much more likely that Christians of the ancient world shopped in the same stores, watched many of the same plays, and attended many of the same athletic events as everyone else!

Again, I’m not saying that all entertainment choices are the same. I’m saying that we should be discerning rather than knee-jerk.

In a fantasy world, we’re dealing with the realm of fiction, of make-believe, of imagination. Any “supernatural” feats in the pages of a novel (or in a game or TV show or movie) are….fictional. They are not real. There is no real power at all…except that of the author telling a story.

What’s more, when characters, in a fictional setting, employ magic or perform miracles, it’s simply irresponsible to conclude that the power behind these works is Satan or his demons. Again, we’re talking about fiction. Now if in that fictional world, the author is having his or her characters channel demonic power, then I agree with my Christian friends who say "Stay away." But it’s not always the case that the author is having her characters channel demonic power.

Let’s take Christian author Donita K. Paul’s DragonKeeper Chronicles series. In that series, magic is represented as a gift granted by God (or, in her world, Wulder). The DragonKeeper stories are definitely fiction, but the protagonist is NOT tapping into demonic power. Quite the contrary, in fact. The protagonist, in Paul’s story, is tapping into God’s (or Wulder’s) power! And this is crucial.

In other worlds or universes (as created by their respective fantasy or science fiction authors), “magic” is merely a part of nature itself. That’s obviously not the case here on planet Earth, but we’re talking fantasy, not reality.

To completely dismiss all science fiction and fantasy entertainment because magic is involved reflects an unnecessary knee-jerk reaction that’s more based on fear than discernment. Some fantasy stories, like C.S. Lewis’s The Chronicles of Narnia or J.R.R. Tolkien’s The Lord of the Rings, are perfectly fine for anyone to enjoy. Indeed, Tolkien (especially) and Lewis (to some extent) are regarded as being among the pioneers of fantasy literature.

Are all fantasy or sci-fi novels acceptable in God’s eyes? Of course not. But that can be said of other genres as well. Christians need to exercise the same amount of discernment when it comes to fantasy as they do when it comes to any literature. Some fantasy stories are clean, fun, and perfectly harmless. Others should be avoided. And the same is true for any genre of literature, including science fiction, historical fiction, romance, westerns, thrillers, mysteries, and so forth. Some books are fine to read; others, not so much.

The key is discernment.