Have You Tried Fantasy RPG Literature? Why This Fantasy Fiction Fan Loves GameLit 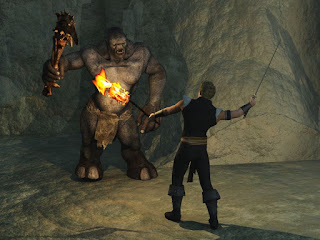 Do you read fantasy novels? Do you enjoy playing tabletop or computer role-playing games? If so, RPG Literature may be right up your alley.

What is RPG Lit?

RPG Literature (or RPG Lit for short) is a fantasy and science fiction sub-genre combining the conventions of role-playing games (RPGs) with, you guessed it, science fiction and fantasy novels. This subgenre is more popularly known as GameLit (Game Literature) or LitRPG (Literature or Literary Role-Playing Game), however there are some distinctions between GameLit and LitRPG, which we will discuss shortly. RPG Lit is all about following fictional characters through a (hopefully) high-immersion, virtual reality ‘world,’ specifically a massive multiplayer online role-playing game (MMORPG).

In the last few years, I've become a big fan of this subgenre. My introduction to RPG Lit / GameLit / LitRPG was author J.A. Cipriano's World of Ruul series. Cipriano, a New York Times bestselling author, has written three installments in this series thus far - and I've read them all. They are Soulstone: Awakening, Soulstone: The Skeleton King, and Soulstone: Oblivion. I was hooked with Soulstone: Awakening, even though the language was a little rough for this Christian reader. And I have read dozens of GameLit / LitRPG / RPG Lit lit novels and short stories since.

Some of you reading this might find that ironic since I'm a Christian - and a pastor, no less. Not all Christians will understand or approve of my sci-fi and fantasy fandom, but I respectfully see no inconsistency or issue. The Bible certainly condemns “mediums,” “necromancers,” and “sorcerers” (see Leviticus and Revelation). But these passages very specifically refer to individuals consorting with actual witches and demons. These passages are not talking about Gandalf in J.R.R. Tolkien’s The Lord of the Rings or even the main protagonist in I Dream of Jeannie. It’s important that Christians exercise some discernment, and it troubles me when Christians have a knee-jerk, judgmental reaction to things without taking the time to understand those things.

RPG Lit / GameLit / LitRPG essentially plays on the portal fantasy theme (something C.S. Lewis popularized with his iconic Chronicles of Narnia series), only it’s a portal to a virtual reality or digital world instead of another planet or dimension. Anyone who has seen The Matrix or a few particular episodes of Star Trek, Star Trek: The Next Generation, or Stargate: SG-1 will be familiar with the idea. However, with this subgenre, it isn't just thrusting the character(s) into a digital reality. It highlights the need to progressively develop your skills, talents, and powers according to game rules and mechanics that characterize RPG or MMO games.

In a typical MMORPG game, a new player starts with minimal levels (or stats) in things like strength, dexterity, constitution, intelligence, charisma, etc. He or she also has little to no money and virtually no skill or ability when it comes to fighting, crafting, trading, or whatever occupations the game offers. The player must start from scratch and systematically build his or her character into a formidable warrior, archer, ranger, mage, or whatever.

As I said, the more popular names for this subgenre are GameLit and LitRPG, and there is a distinction between the two. GameLit is basically any story that takes place in a game, whereas LitRPG also takes place in a game (or game-like world) but emphasizes the linear progression of the main character via leveling and other game mechanics. And within that LitRPG umbrella, there are two subsets: hard vs. soft. A hard LitRPG novel is written for number-crunching game fans who love statistics and charts. A soft LitRPG has some stats and charts, and definitely has its character or characters progress through levels, but the emphasis is on the story as opposed to the stats.

Having said all the above, there are some GameLit/LitRPG readers who will take issue with how I've described things. This is still an emerging subgenre and thus, there are lots of disputes, opinions, and unresolved questions throughout.

Why I Love RPG Lit

I love this subgenre, which I'm calling RPG Lit for this article (though, again, GameLit and LitRPG are the more popular designations), for several reasons. One, I love portal fiction in general. The idea of escaping into another reality and having to cope with that new reality is something that's long fascinated me. It's why I've long appreciated The Chronicles of Narnia. Another reason I enjoy this subgenre is the strategy! I love it when players (and characters) utilize strategy to outwit their opponents as opposed to brute force. It is for this reason that I absolutely loved Travis Bagwell's Awaken Online: Catharsis. And it's why I really enjoyed the second installment of Cipriano's World of Ruul series.

If you enjoy strategy or role-playing games and appreciate the charms of escapist fantasy (like Chronicles of Narnia), I suggest you give this subgenre a try. I believe you'll enjoy it.

**Check out my GameLit / LitRPG Favorites.